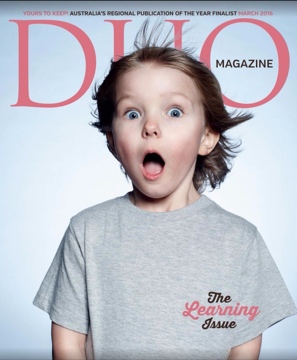 The Journey & The Destination

CUBA is fascinating, as my wife and I discovered, on our cycling tour of the country, last November. It is steeped in history, culture and lifestyle, and Cuban cuisine offers a taste of all of this with its sumptuous slow cooked meats, tasty rice dishes, and variety of salads and vegetables. This was not the norm mind you. The majority of the meals on tour consisted of canned meats and vegetables (at least it was supposed to be meat). When we were fortunate enough to have real meat, it was not the same as we enjoy in Australia. Whatever your thoughts on socialism, there is no denying the resilience and resourcefulness of the beautiful Cuban people to prepare amazing cuisine.

On our final day of cycling we were headed for Topes de Collantes National Reserve. Topes de Collantes, which translates as "Collantes' Highs", is a mere 800 metres above sea level, making it the third highest peak in the reserve. I was not feeling 100% after spending the previous day indulging in one-too-many Cuba Libre's, and I was seriously contemplating sitting in the support vehicle for the day. The angel on my shoulder told me to "make the most of my final day cycling across Cuba". But, the devil on my other shoulder cooed, "relax, you're on holidays, put your feet up!" I ended up making a deal with myself to, at least, ride the first leg.

November is the tail-end of hurricane season in the Caribbean, making it very hot and very muggy. Add to the mix a self-induced sore head and I was clearly not a happy camper…or cyclist!

Despite the elements, we ventured off our last day. We had been cycling (and walking, and puffing, and panting) for over two hours when I eventually reached my tether. Many riders had already been scooped up by the support vehicle. The Irish were somewhere "up there", while I was drenched with sweat, sunburnt knees, bum aching from the unrelenting bicycle seat, and I had completely run out of water! Surely the end must be just around this next bend, I thought. But time after time it was not the case. At this point, I persevered for the sole purpose of making it to the shaded area I could see up ahead. It was about 150m. I prayed it wasn't a mirage!

I finally reached the shade, flung my helmet to the ground, and sat waiting for the bus. I waited for five minutes. No bus. Ten minutes. Still, no bus. Feeling ever so slightly refreshed, I gazed up the road and realised that I could see rooftops. Finally, the slope had begun to ease! I walked my bike until it was flat enough for me to cycle, and off I went again, grinding those gears. Eventually, I happened upon the rest of the group sitting in some shade. I flew right past them! I knew that wasn't our stop, and I was not going to wait for no man. After one more laborious incline, the hotel was in front of me. I had made it! Not only that, I was the first person to finish our entire tour!

If I had listened to that devil on my shoulder, I would have sat in a bus for hours. There was nothing glamorous or exciting about persevering up that gruelling hill at the time, but when I arrived at the hotel my accomplishment was not lost on me. Business owners will understand this feeling. Most of the time it is an uphill battle, contemplating, "is this really worth it?" But in the end, we learn it definitely is.