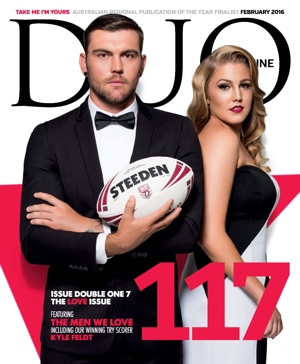 Following on from Part One when my wife, Shantelle and I went on a cycling tour through Cuba in November.

Sure we are young(ish) and fortunately (almost ungratefully) have our health with no lingering injuries but we are not athletic people. Our preparation for the tour, where we would cycle approx 40km per day of varying difficulty (aka hills), consisted of …………. ie we didn't prepare. Unsurprisingly this was not the wisest decision either my wife or I have ever made.

Interestingly one of the first stops on the tour was at a township called "Australia". Jose our tour guide, explained the name came from the sugar cane farming history of the area (like much of Cuba) and its resemblance to the sugar towns of Australia. With its corrugated iron sheds, railway tracks and chimney stacks it was easy to see why and it certainly did not feel like we were on the other side of the world in "Fidel's Cuba". After leaving the Cuban Australia, we prepared for our first leg of cycling. Yes, there was lycra. Yes, it was extremely comfortable. No, it was not attractive, but if nothing else we looked the part! Our fellow tourists (4 Aussies, 5 Irish & 9 Poms) were clearly more experienced and therefore prepared. Fortunately for us, there were varying degrees of prowess and we were able to "hold our own" albeit in the middle/tail of the pack. Mostly tail.

We befriended almost everyone on the tour, we had a fantastic group; 4 Aussies, 5 Irish and 9 Poms. The Pommies were hilarious. [Little known fact: Cuba has no animal that's bite can kill you.] This still didn't stop the Poms freaking out every time an insect flew near them and they certainly lived up to the label of whinging poms come every meal time. Nothing however could deter the Irish. No matter how late the previous night had been for them, no matter how large the hills were, they attacked everything with huge smiles and a festive attitude.

One particular day the thermometer hit 37' and with the yearly average humidity of 78%, even being a proud Townsvillan, it was bloody hot. Jose had told us to prepare for a rating of 3 ("moderate hills, but no mountains"). The Irish prepared themselves by staying out at a jazz bar till 4am enjoying a few Cuba Libre's (this was a Wednesday night). About 20km into our cycle one of the Irish rode up beside me. They always gave us a head start each morning (they were serial cyclists) and would always finish well in advance of the rest of us. As he pulled up alongside me in the "middle of the pack" aka tail, I managed in between breaths to proclaim "I don't know how you guys do it!" to which he responded "It's all in your mind lad!" *continue pedalling* "Cycling is all in your mind, you just gotta keep pumping. Let the gears do the work and you just pump, pump, pump. You'll be right". And with that, he powered ahead and off into the distance. At the time all I could do was scoff and think "yeah, easy for you to say" but as I reflected throughout the rest of our cycling, his proclamation really sunk in and not just in relation to being on a bike. In business and in life, just like the hills of Cuba, is full of ups and downs. You might not be the best "cyclist" but you can always shift gears and just keep pumping. After all, it's all in your mind lad.