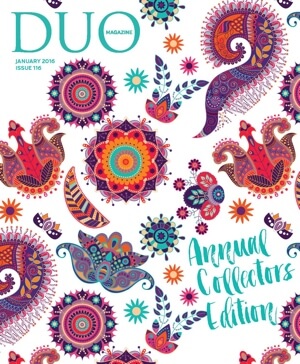 The Spinning Wheel – What the Irish taught me

Neither I nor my lovely wife Shantelle are cyclists, but that didn't stop her from signing us up to do a cycling tour of Cuba. "Something different" was what we told our friends and family when they stared at us in bewilderment, once we divulged our plans for the spare 10 days between the two conferences that we were attending in America.

Four Aussies, five Irish and nine Poms are on a cycling tour through Cuba (sounds like the beginning of a joke right?). It is hot, it is muggy and there are hills. Our tour guide Jose, would begin each morning by telling us the Stages (distance between stops) and the rating of the hills to expect, one being flat with five being mountains.

After day two it was obvious that Jose's idea of what constituted a rating three was different to 72% of the tour; everyone except the Irish. These guys were cyclists. No matter what time they would go to bed (rarely before 1am) nor how many Pina Coladas they would consume (your guess is too low) these guys would let us get a head start and still finish well before us.

"Something different – is exactly what we got."

They would stop at shops and purchase gifts for the children of the villages. Pencils, toys and books. It was a beautiful sight to see, the children would run back to their homes with huge smiles on their faces.

One night we were out to dinner and Shantelle and I sat beside two of the Irish gents. We knew from previous conversations that they were self-employed (one as a plumber and the other a builder). The lads were, let us say "feeling hydrated" after a long day of riding and the conversation soon turned philosophical in nature about the myth of work/life balance.

Quick background: Ireland was HEAVILY impacted by the GFC. New home construction was rampant as banks lent on essentially no deposit loans with honeymoon rates and interest only payments and when the music stopped…

The builder constantly had construction of six houses underway at once. Staff would come and go (daily) according to who paid the highest. The developers were pushing for faster build times. It was not unusual for the builder to be working 16 hour days, minimum six days a week. In theory the money was supposed to be great, although after waiting for the banks to release payments, paying staff, purchases and the other bills – including the mortgages he accumulated himself – it became apparent that he was the proverbial rat on the spinning wheel. He became overweight, grumpy and despite his hard effort, he really was not making any more money than what he could working on one single project at a time.

The plumber's story was more emotional having had important friends pass away far too young (both these gents were in their late 40's). "No one ever says on their deathbed, Gee I wish I'd worked more," quipped the plumber. "Life is short and money isn't important. You have to work, you definitely need money but only so that you can do the things you want to do with your friends and family," said the builder.

Their message is nothing new, but it's a timely reminder, especially at the beginning of the New Year. Are you doing things the smart way? Are you the mouse on the spinning wheel or in the driver's seat of your business?