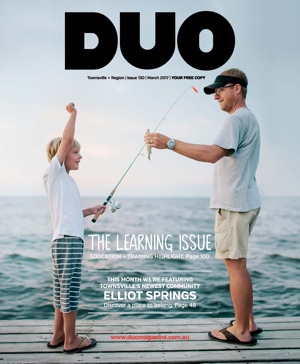 Listening to business owners in the Bush.

I'm up in Normanton as I write this. Staying in a luxurious 2.5m x 3m single man's quarters (and I'm not kidding about the luxurious side either) with a super silent Mitsubishi Electric split system, wall mounted flat screen TV and blackout windows, I haven't slept this well (away from home) in a long time.

Work life up north is pretty simple. Work bloody hard during the hot daylight hours, enjoy a cold one over a few tales at sunset and repeat. During the working "week" and I use "week" loosely because I'm not really talking a usual Monday to Friday. A week is however long you're rostered on for – 14 days, 21 days, 30 days – there isn't that much to do other than get in and work. A. It's too bloody hot and B. you're knackered from working in the heat. So generally, come sixish, most people are gathering at a spot to unwind and cool off.

I was having a chat one afternoon and we got to talking about work and employees, specifically how tough it is to get good staff.

Understandably Normanton isn't necessarily high on many people's list as a desired place to work – mainly due to not being aware of its beauty and facilities as well as not necessarily having an abundance of opportunities (or so I thought).

One employer was telling the story about how, only a few weeks ago, they'd been told that the boss was expecting too much from their staff. "Is it too much to expect for someone to: 1) Show up for work 2) Be willing to work 3) Be capable of completing the job?". "Yes!" was the reply. "You should only expect that they show up. If they can do the job well – even better."

I almost fell off my stool in disbelief. Is it really too much to ask for? As an employer, what help is a person who can't complete a task? Why would you employ someone who cannot do a job properly?

Business is hard enough let alone having to fix up mistakes on top of trying to complete everything else.

Being a business owner is a whole lot of risks, stress, costs and sleepless nights.

Many people wrongly assume that if someone is a business owner, then they must be "rich". This is a total fallacy.

Running a business isn't for everyone. For those who do it, they deserve a pat on the back.

If you just show up to work and think that you are helping, believe me, they will be fine without you.